Akira Kurosawa is one of the greatest film directors in history, author of very famous movies such as Ran or Seven Samurai. He was very aware about the relationship between humans and nature and the importance of the latter as a vital force. His film Dersu Uzala, despite not being one of the best known, made a great contribution to the understanding of traditional ecological knowledge. This traditional knowledge, which involves unique ways of relating to the environment, is increasingly threatened by cultural globalization, and its disappearance could mean the loss of useful knowledge to relate in different and more sustainable ways with nature. Dersu Uzala, the main character of the film, a hunter of the hezhen ethnicity who lives alone in the Siberian taiga, represents the traditional peoples that are disappearing in the face of a new world that does not offer them opportunities or a place in it. The main purpose of this article is to present this interesting character’s traditional knowledge of the environment through the different scenes that Kurosawa shows in his film, and to explain how these traditional approaches can help to relate to the environment in a more sustainable and ecological way.

Western societies have a very mechanical vision of the environment that comes from the Renaissance, concretely from cartesian philosophy. In this approach, nature would work as a basket of resources from which we can extract as many as we want. This has justified centuries of exploitation of the environment. This vision, which is represented by the military detachment in the film, chokes with the animist vision of Dersu, and this leads to several scenes where both visions conflict.

A very characteristic feature of the animist societies is the way they relate to the other living (or not living) beings. While we categorize them as animals, plants, or elements, setting them at a lower stage within a dominance relationship, Dersu uses the word “person” to talk about them. That is because he confers an interiority, a soul, to these beings. With this, these societies infer a duty of responsibility of the human being with the environment in its treatment. This would explain several scenes like the one in which the hunter is speaking to the fire, or another one in which he gets angry because one of the explorers burns meat in the fire, meat that could be used by other “people”, like a rat, a badger, or a raven. Particularly interesting is the scene where Dersu, with no other option, kills a tiger. This means a turning point in the movie, because from that moment Kanga, spirit of the forest, wants to punish him. Dersu becomes a more shy and unhappy person. In the collective imagination of the hezhen peoples, killing a tiger is an extremely serious and unexpected event that nobody wants. The respect for animals’ lives is so important in these societies that killing an animal without compelling reasons is unthinkable. 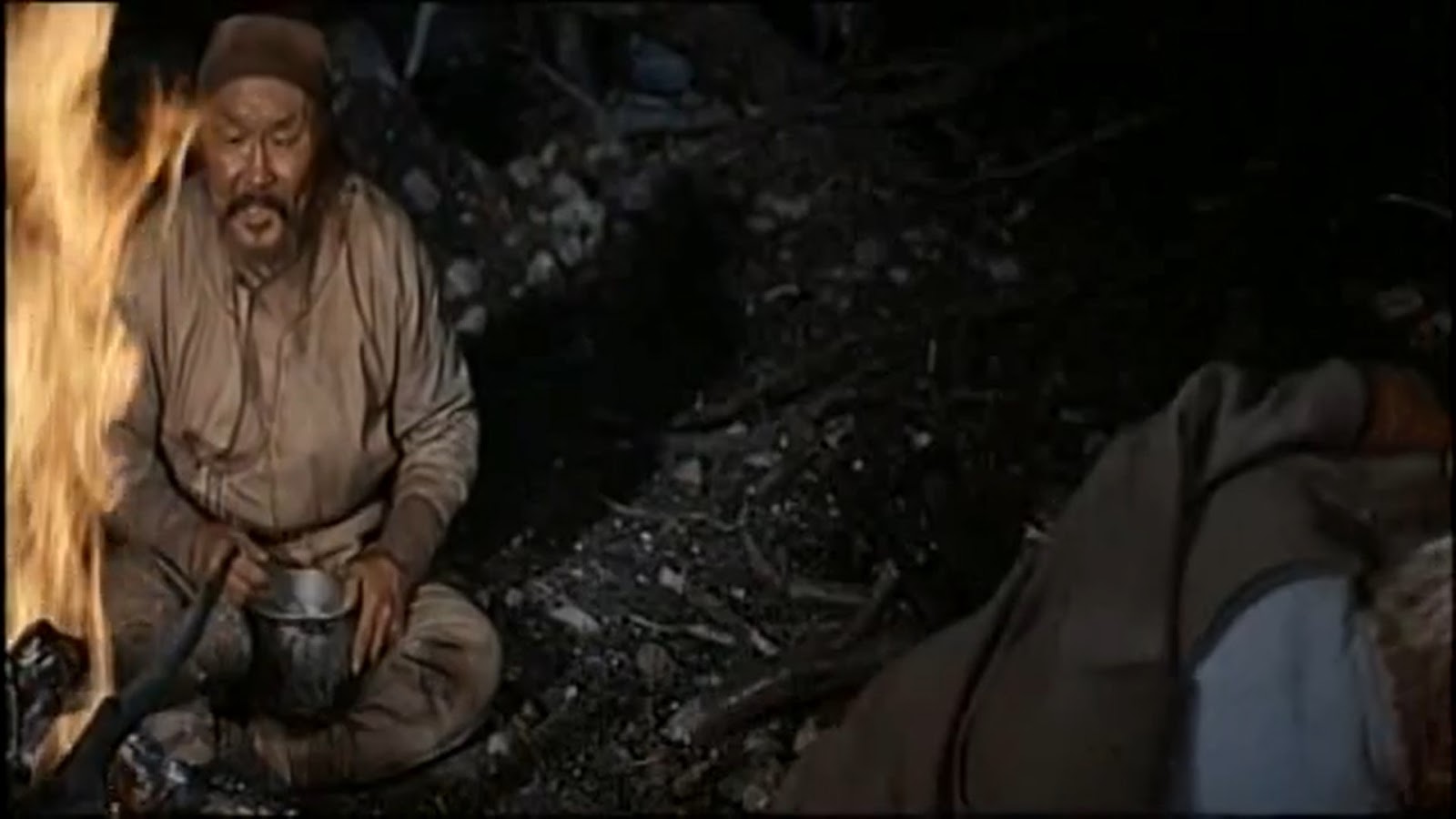 Dersu Uzala speaking to the fire.

It is particularly interesting to see how the end of Dersu Uzala is shown in the film. Despite a first rejection of living in the city, where he doesn’t belong at all, the hunter finally accepts moving there when his sight is no longer so efficient. As can be expected, he cannot adapt to urban life, since he has been raised in the taiga and his job is to hunt. He even asks the captain, speaking about the houses: “How can people live in a box?”. The first scene of the film, which is chronologically the last one, works as a metaphor for the course of the traditional peoples. When the captain goes to visit some years after the place where Dersu is buried, near some characteristic trees, he finds a different scenario. The trees have been felled to build a village in that place. The memory of Dersu, like the trees, has been gone. 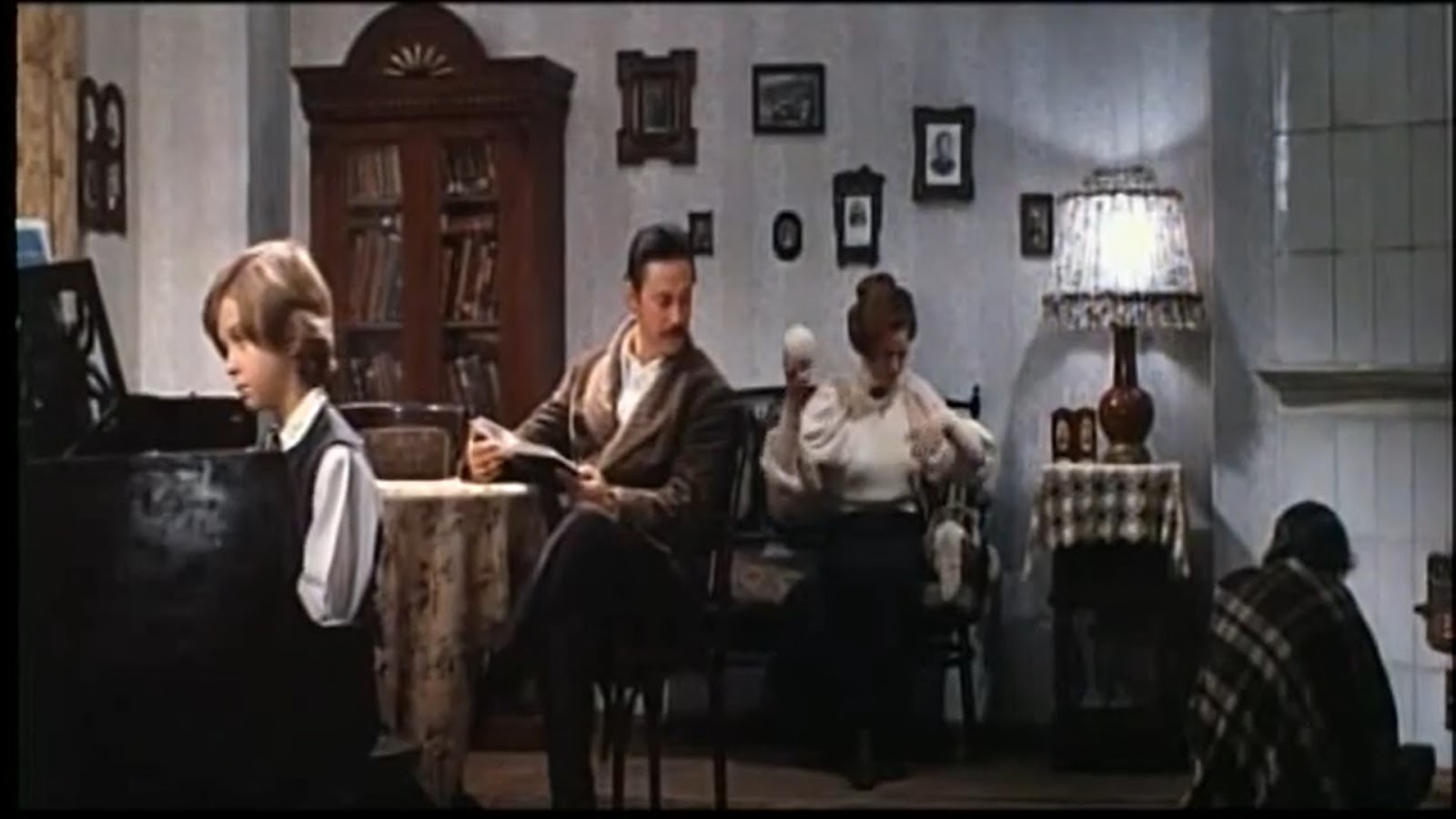 Dersu’s life in the city.

In conclusion, Kurosawa shows in his movie Dersu Uzala another perspective through which to relate to the environment. The exploitative method typical of Western societies is questioned by a vision of life in harmony with nature, understanding it as a whole that must be respected. Dersu represents this option, which unfortunately is disappearing, and which we must consider taking up again very seriously if we want to avoid the collapse of an environment that we do not stop squeezing and that is getting closer to running completely dry.